I always try and make time for passion projects and experimenting with new tools. Recently I’ve just migrated over to a windows machine optimised for Adobe After Effects and have been experimenting with VideoCopilot’s plug-in Element 3D.

Element 3D is a remarkable plug-in that brings an awesome level of 3D to Adobe After Effects. It allows you to import 3D .obj models into after effects and build 3D scenes, which render out insanely quickly.

Element 3D was something I have dabbled in over the years, mostly putting 3D text into live action scenes but have never really sat down and got to grips with the tool.

Firstly I made this little space scene similar to a scene I had created previously in Cinema 4D, albeit a lot quicker. You can see the results below.

Another great thing about VideoCopilot is that they regularly release free, high detail model packs for Element 3D. One of which is their starpack, featuring highly detailed Star Wars models. After watching a few tutorials to figure out how the compsiting side of the plugin works I set about creating this short animated scene.

To really sell this effect I tracked in some 2d elements. Firstly an adjustment layer to mimic a light beam coming from R2D2 and then some smoke and dust particles to give the light beam some volume.

Which led me on to the next challenge. It is something I’ve wanted to do for a while now, and that is to create a futuristic city scene. I tried it once before using After Effects 7 back in 2007 or 2008. This was created entirely inside After Effects using nothing more than textures arranged in 3d space!

How things have changed!.

For this I used VideoCopilot’s Metropolitan model pack. I opted to use the high poly models (including antennae) this was to both sell the realism and complexity of the scene as well as to push the hardware on my new AE optimised Windows workstation.

The background city comprises of over 100 models spread out over a plane. This was in its own composition. I then created a new composition to build the rooftop, which was just a plane with some shapes to box it off. I then went about populating the roof with VideoCopilot’s rooftop model pack. I found a free model of a Blade Runner spinner. Blimp, billboard and windmill, which all needed a few tweaks to really work in E3D.

The signs were created using masks and extruding them in Element 3D, applying a few effects such as venetian blinds and glow. What Blade Runner scene would be complete without a randomly placed light creating cool shadows on the floor? Right? 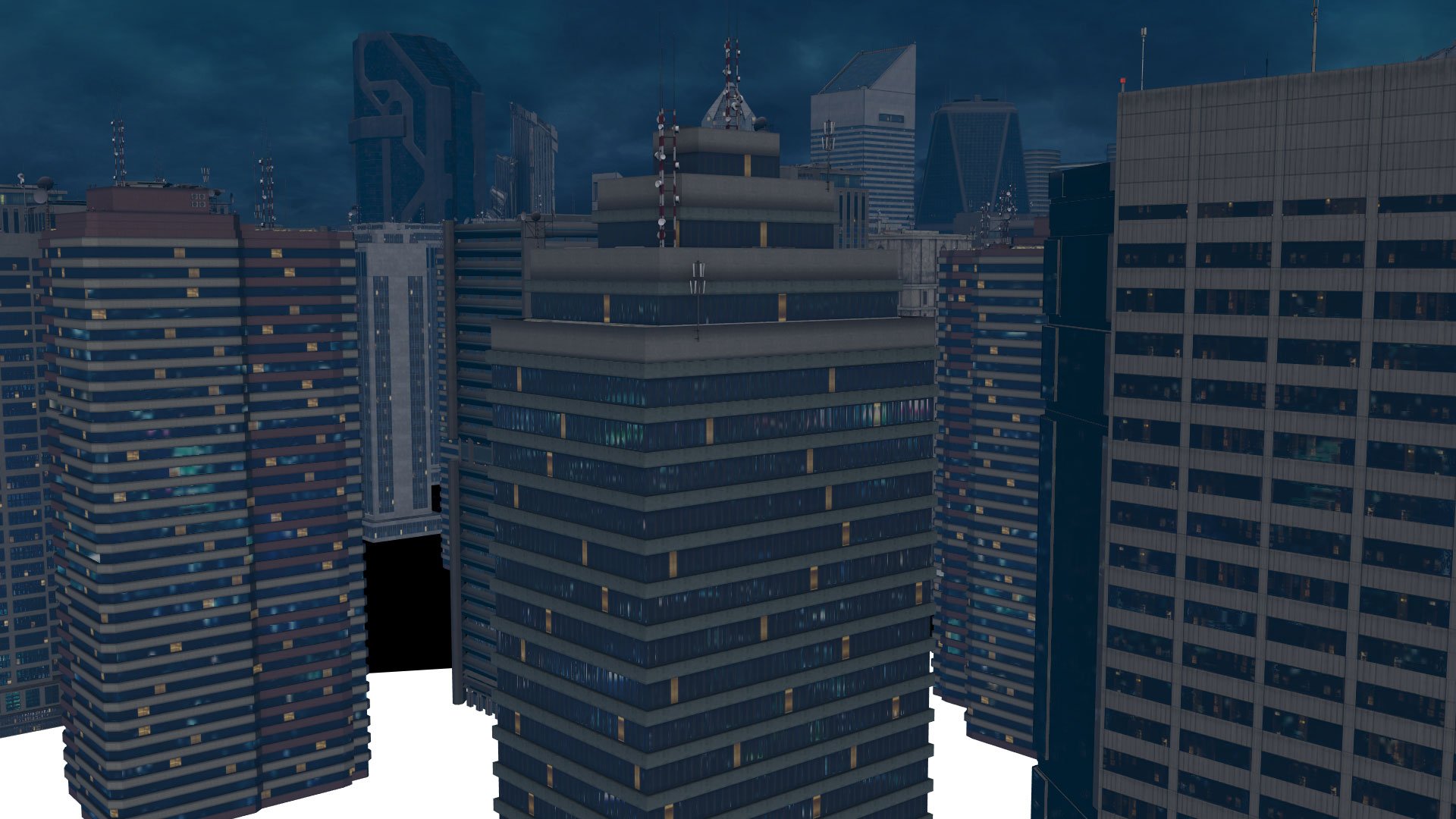 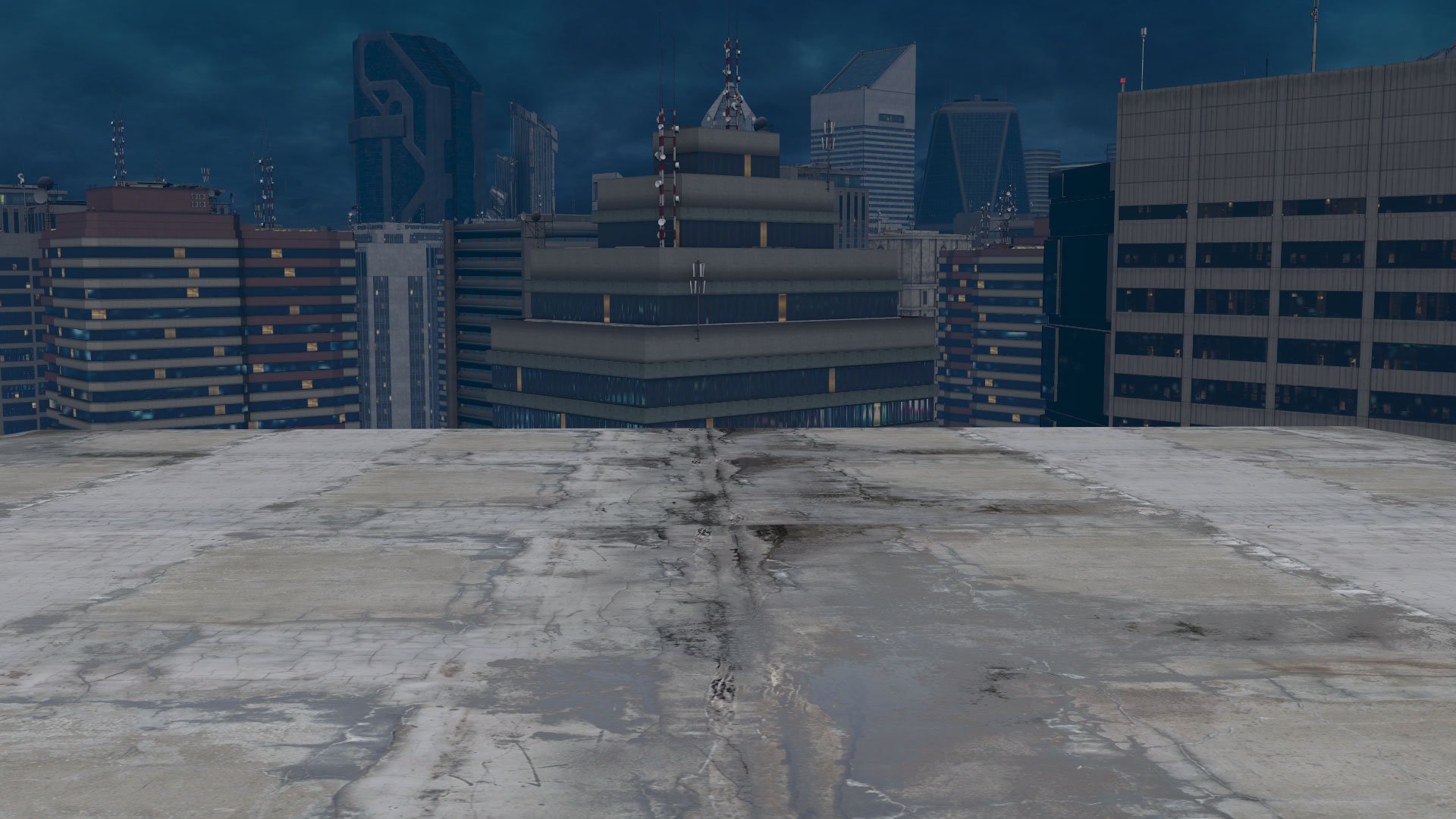 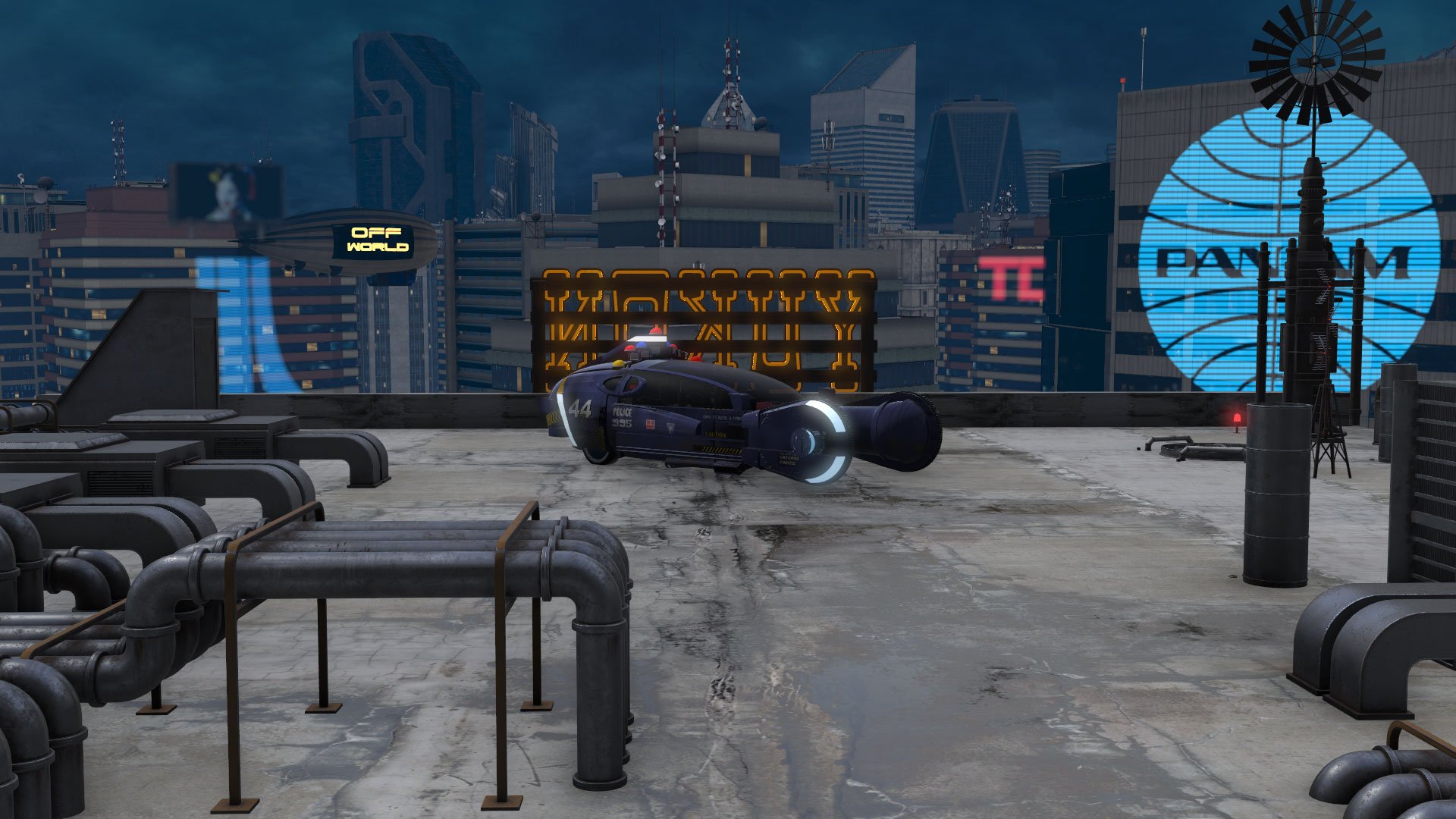 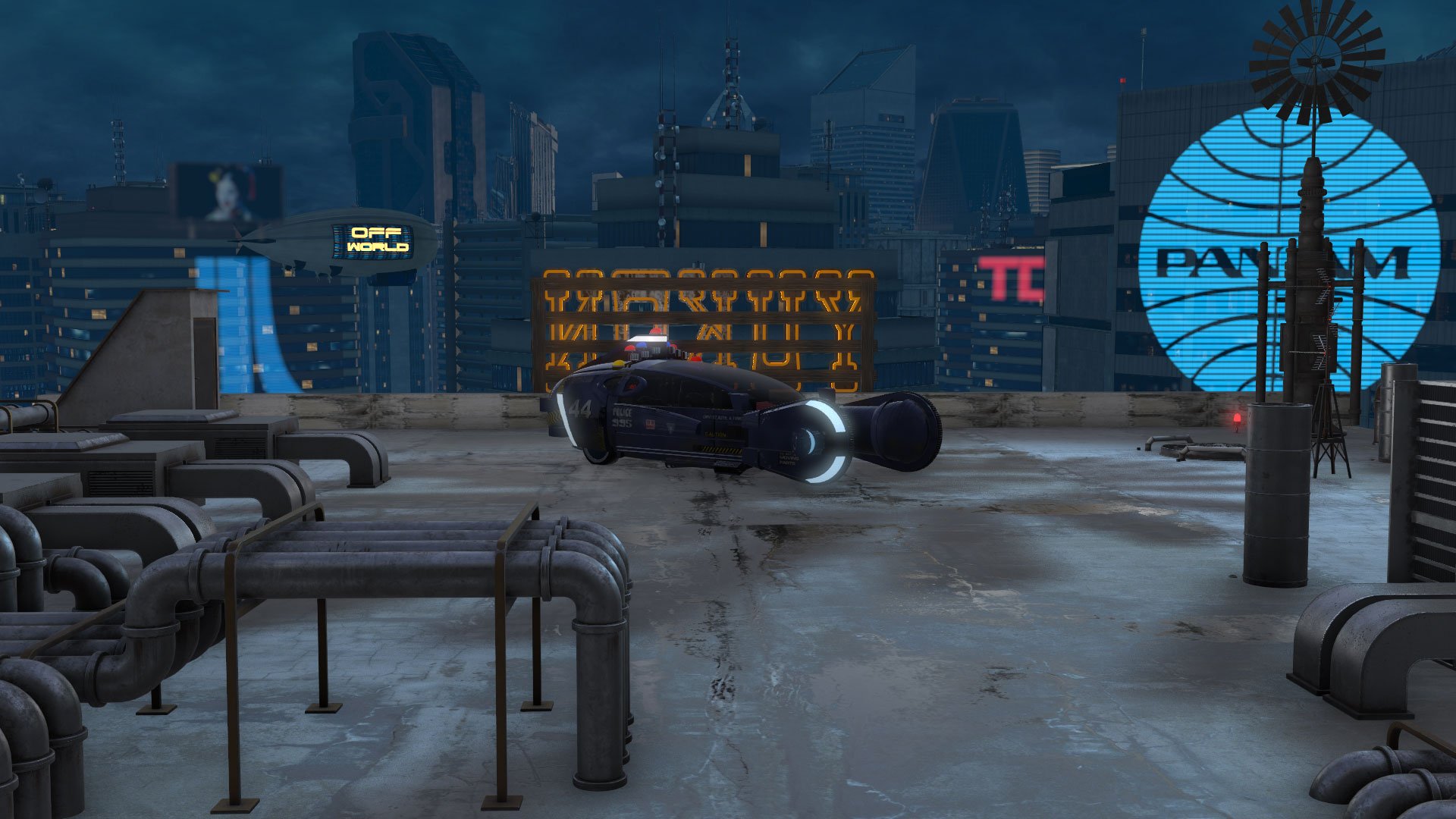 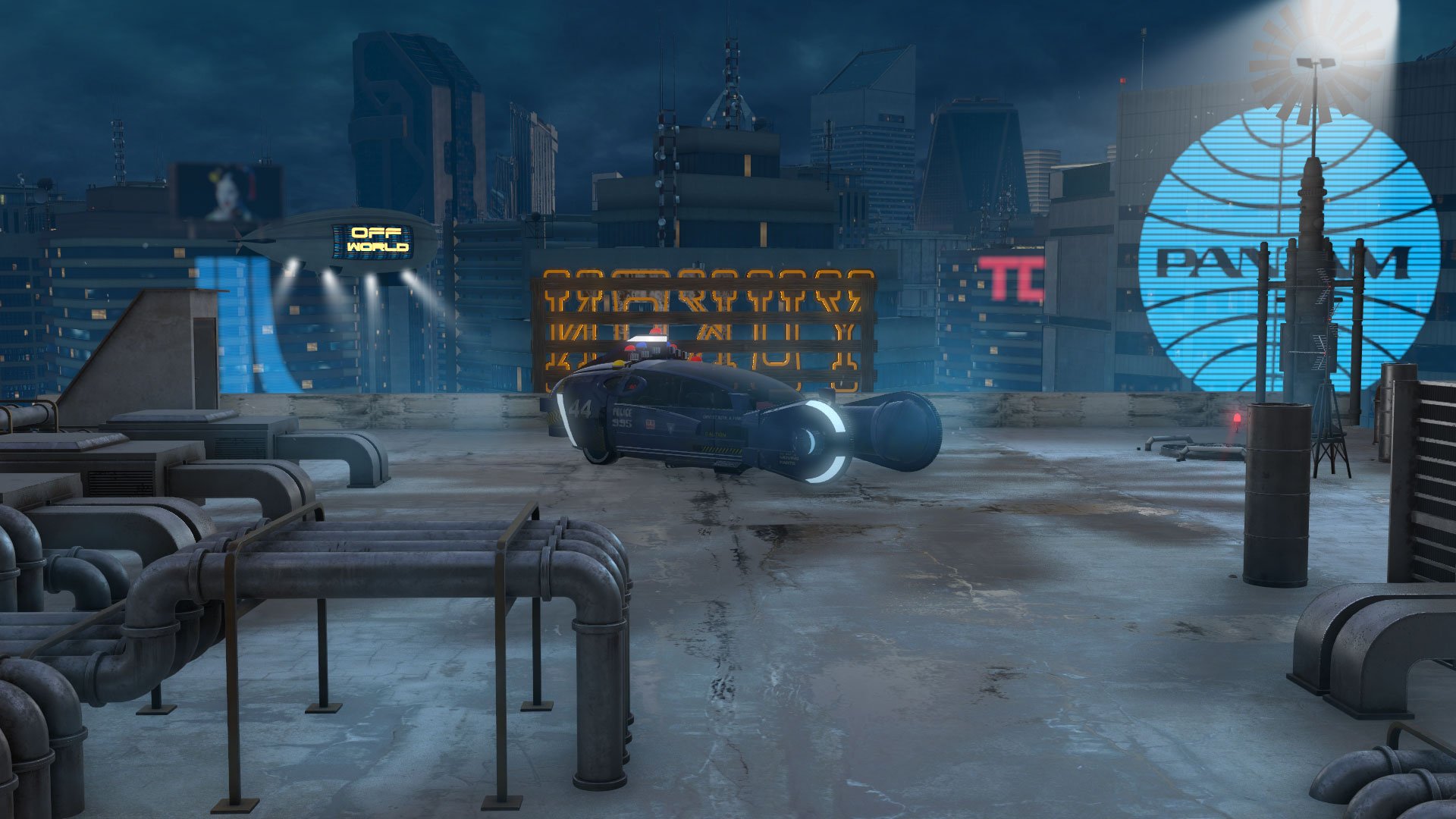 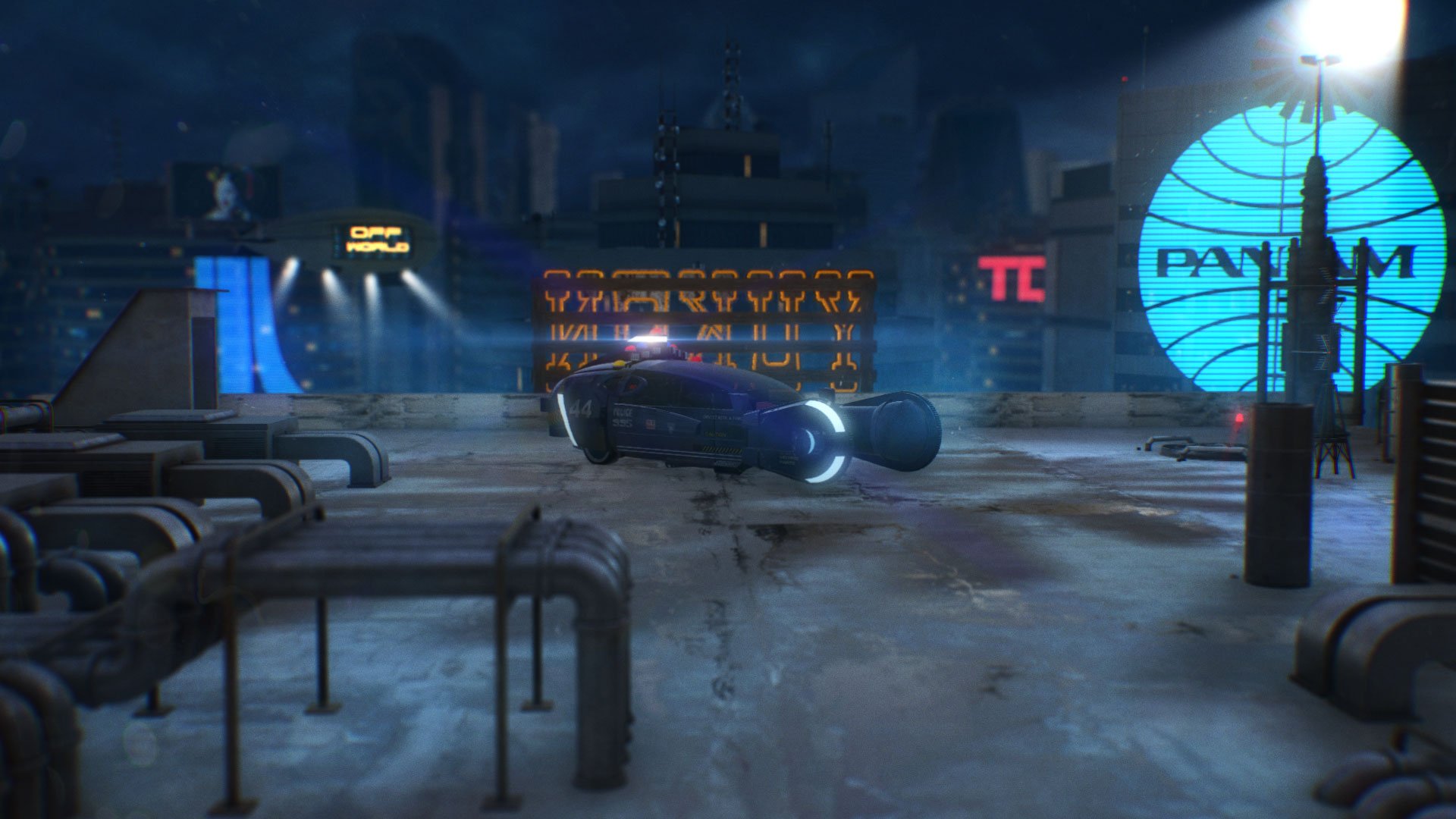 Watch the VFX Breakdown below