About 6 years ago I was gifted a ride in a hot air balloon. On the morning of the flight, I took my then new Canon 550d to shoot some aerial stock footage. A hot air balloon makes a remarkably  good dolly. Over the years this stock footage would come in handy raising the production values a variety of projects both personal passion projects and professional ones.

Fast forward to 2015 and my production company, Clear As Day Productions is almost 2 years old. To help keep my mind sharp and to keep pushing my own creative boundaries I set about a few “just for fun” visual effects challenges.

After being inspired by Andrew Kramer’s Destroyed LA project.

I decided to make a short sequence using the aerial footage I had accumulated. Using a lot of photoshopped elements, stock smoke and fire as well as a tonne of motion tracking I had created a fairly “roughed up” fly over of Cheltenham.

The damaged ground was basically masked out stock images of holes in plaster and concrete used as a luma matte to give the effect of the ground being distorted. The elements were then layered in Z space to obscure the fire and smoke whilst giving depth to the “hole”. To finish, a touch of glow and camera blur was added to an adjustment layer to hide the cracks.

The end laser was created using a modified version of the shock wave method as seen in Andrew Kramer’s Sci-Fi Weapons project. 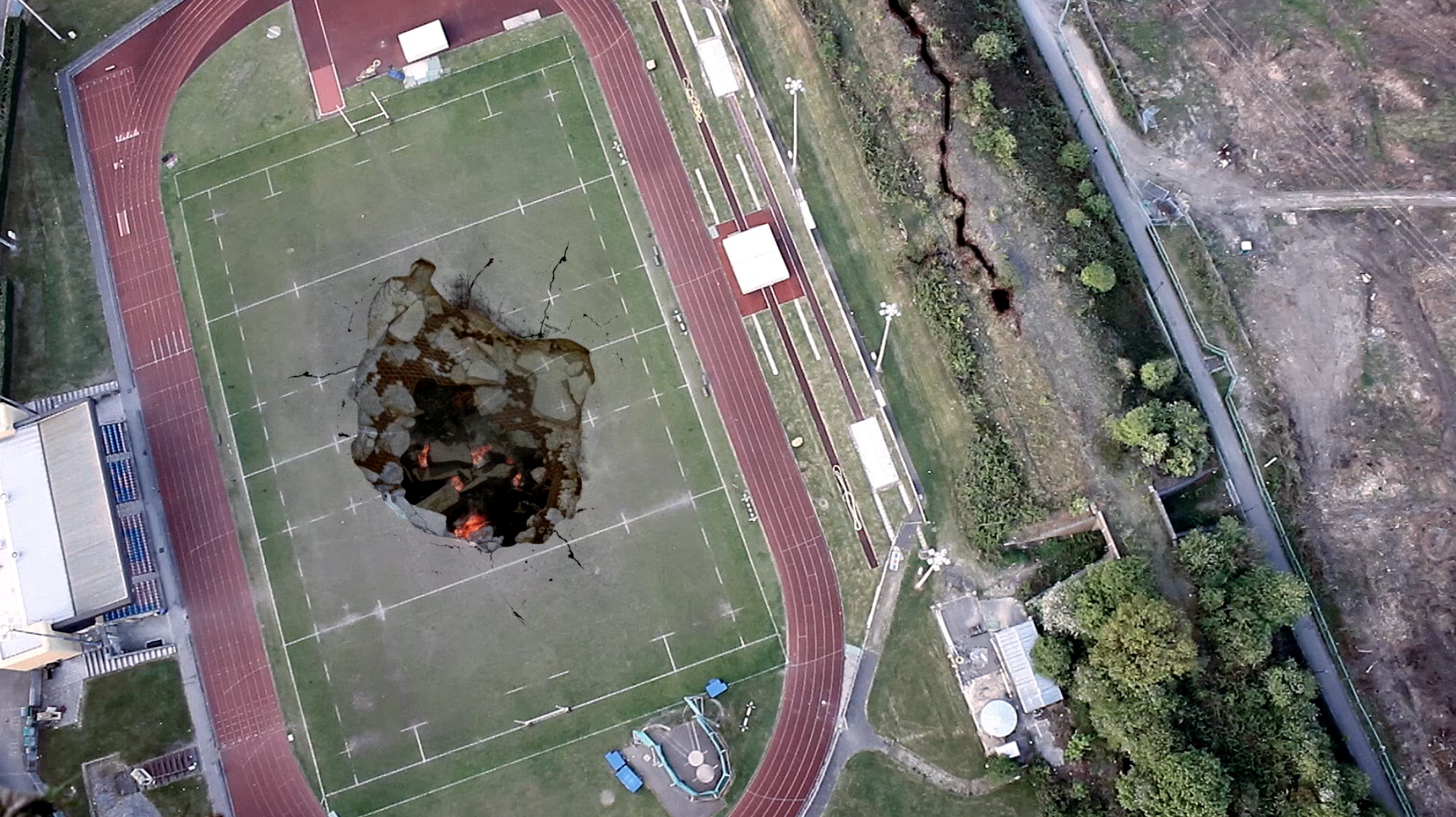 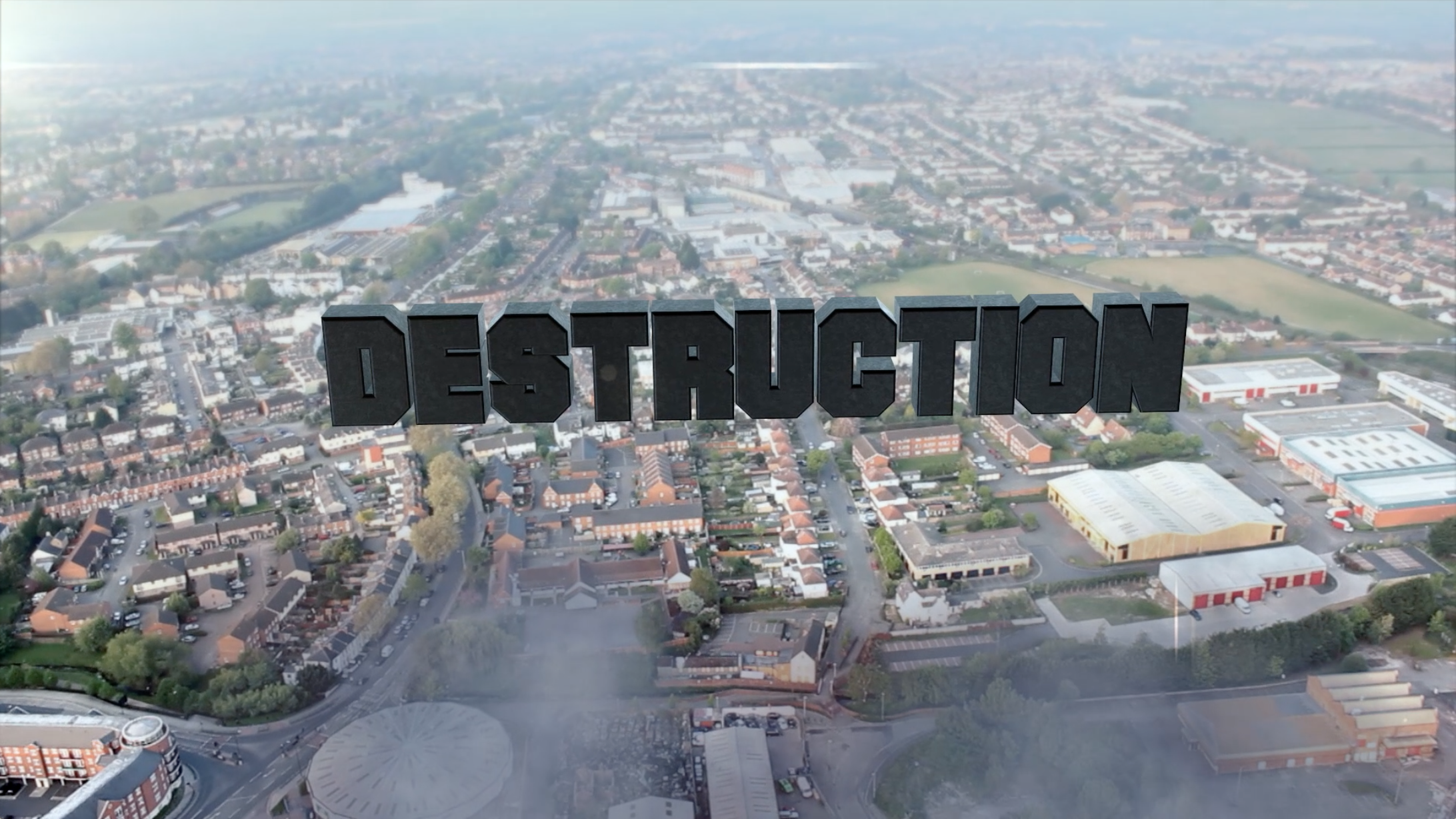 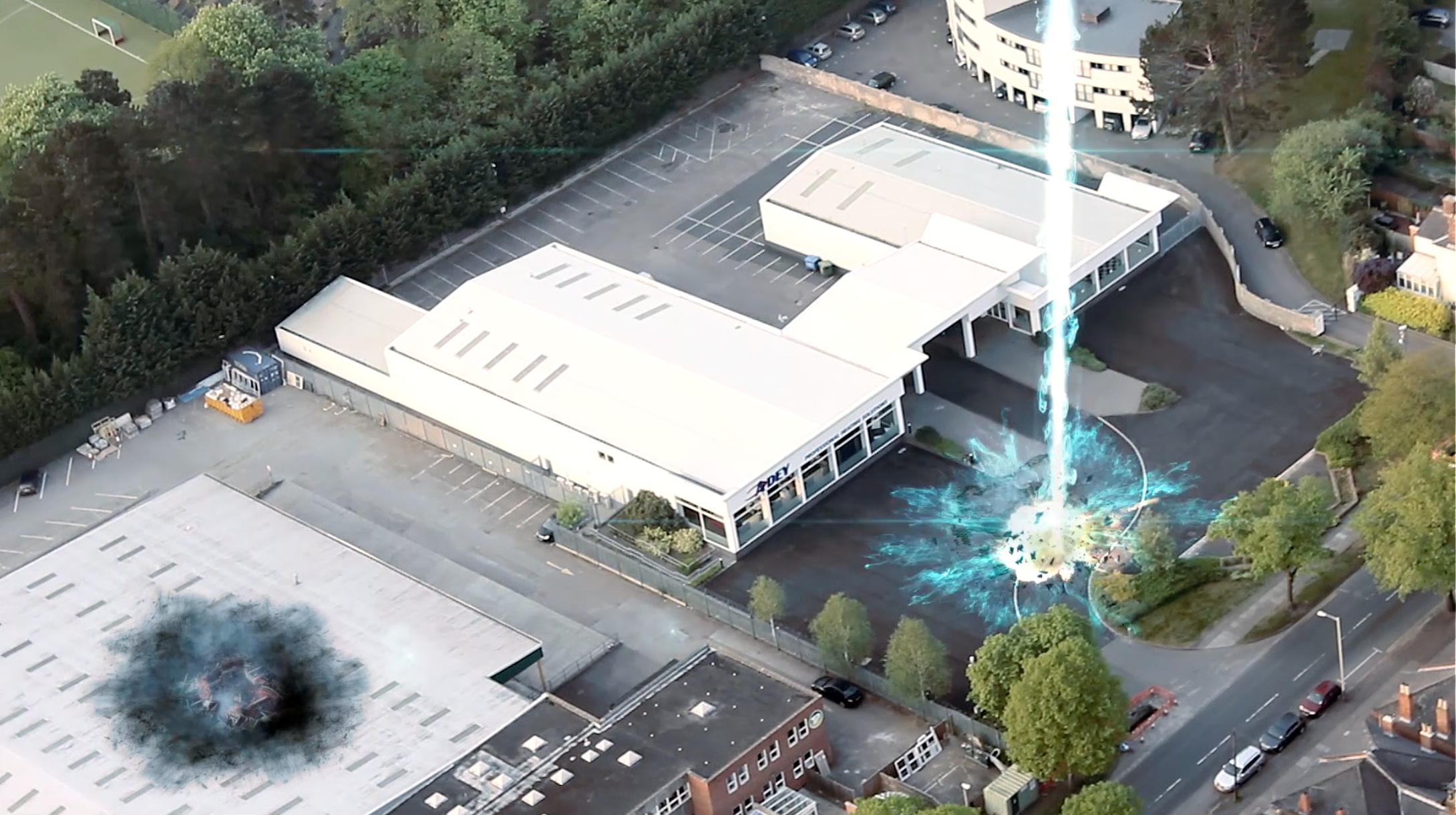