Another personal challenge project. I wanted to create a short project with a tonne of different visual effects incorporated. Sci-Fi is something I love to get involved with, as a genre it poses a huge challenge in terms of visual effects and gives me, as a VFX artist the opportunity to push my limits and grow.

So after shooting myself against a green screen wearing a mountain biking armoured top and holding a light gun controller from the 90’s. I set about figuring out and applying the various visual effects. Ironically the obvious effects in this video (the laser blast) was the simplest and as a result I didn’t put much time into developing it. The real challenge for me was the helmet and body plates. Firstly I used a garbage matte to remove everything outside of the green screen then applied the key light effect to remove the green background.

Next step is to cover the chest logo. I started by tracking the movement of the chest, next paint a solid using the clone tool to match the texture of the material. Finally create an alpha matte to composite the solid behind the arm onto the chest panel.

next I used the Hue/Saturation/Lightness effect to isolate the beading on the suit. This allows me to keyframe the hue, saturation and lightness to give the appearance of it charging up from nothing. Now for the helmet…. after motion tracking the head I imported a helmet .obj file into Element3D. In this instance I used a free Ironman helmet after importing I set textures, lighting etc. To give me control over the eyes I duplicated the Element3D model as a black and white image to use as a luma matte with an adjustment layer allowing me to key frame the eyes charging up in time with the torso.

To animate the helmet onto the head I created a white luma matte and masked each panel from a closed to an open position. I then used the fractal noise and glow effects to give it a futuristic energy look.

Next up the gun. I used mocha to track the side of the gun using the technique seen in Andrew Kramer’s SciFi Guns project. The laser and muzzle flash are both the exact same technique used in the Destroying Cheltenham video which are based on Andrew Kramer’s SciFi Guns project. On the surface it can look lazy to just copy a tutorial but for me the real challenge was to track a 3d helmet onto 2d footage and modify the torso so when it came to adding the gun effects it seemed to make sense to use a technique I had already used in a previous video (Destroying Cheltenham) which saved me a lot of time. 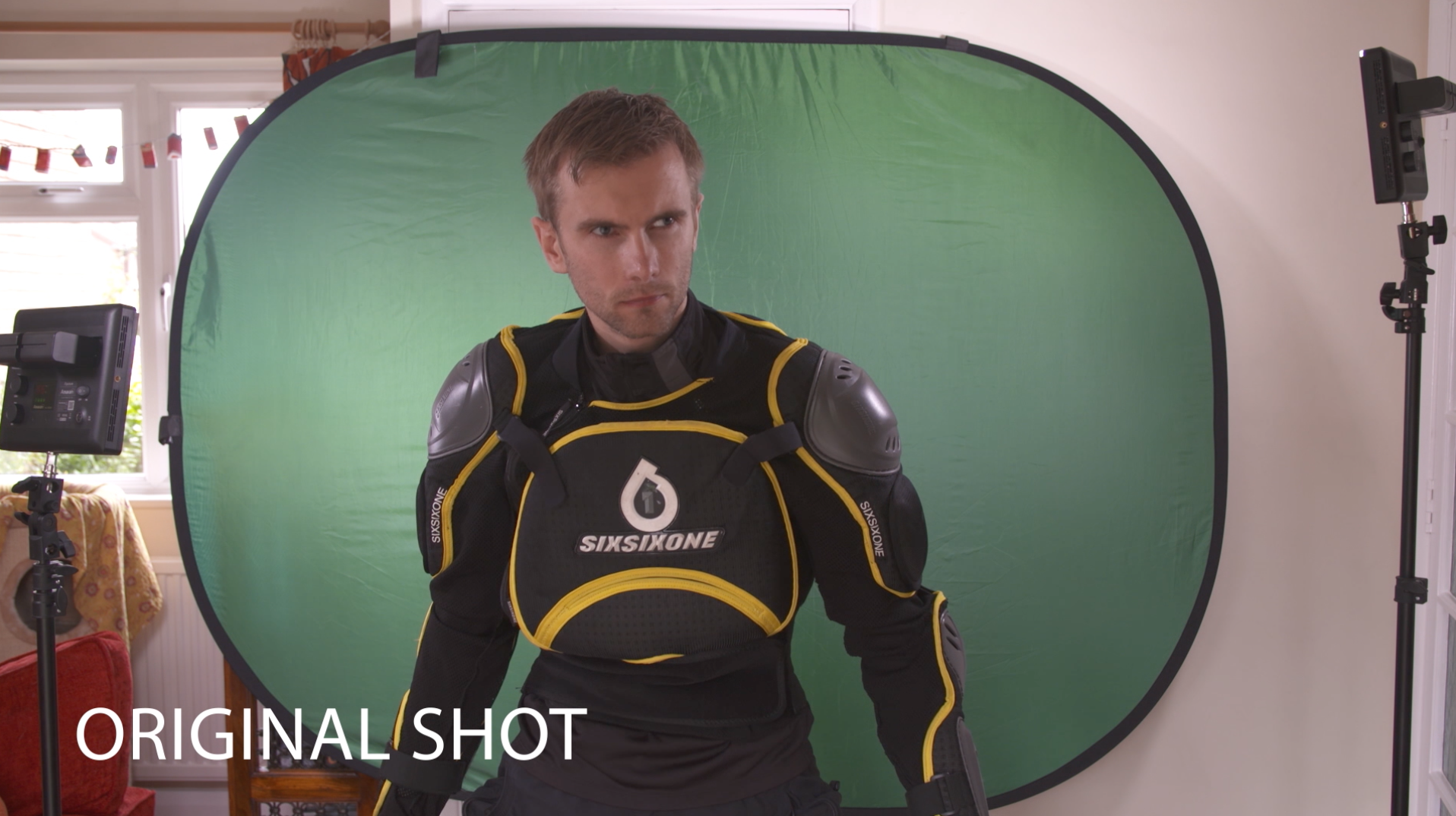 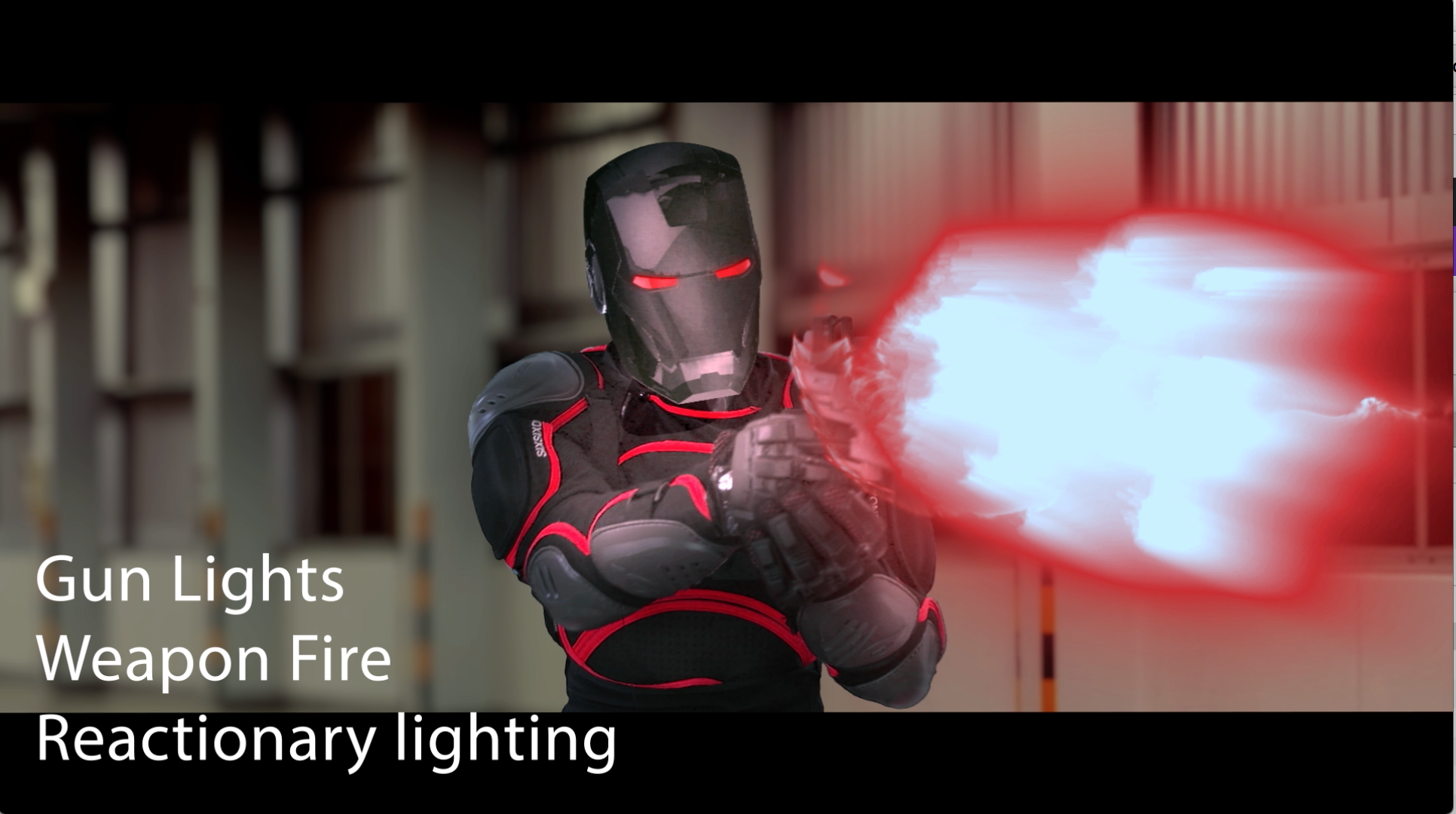 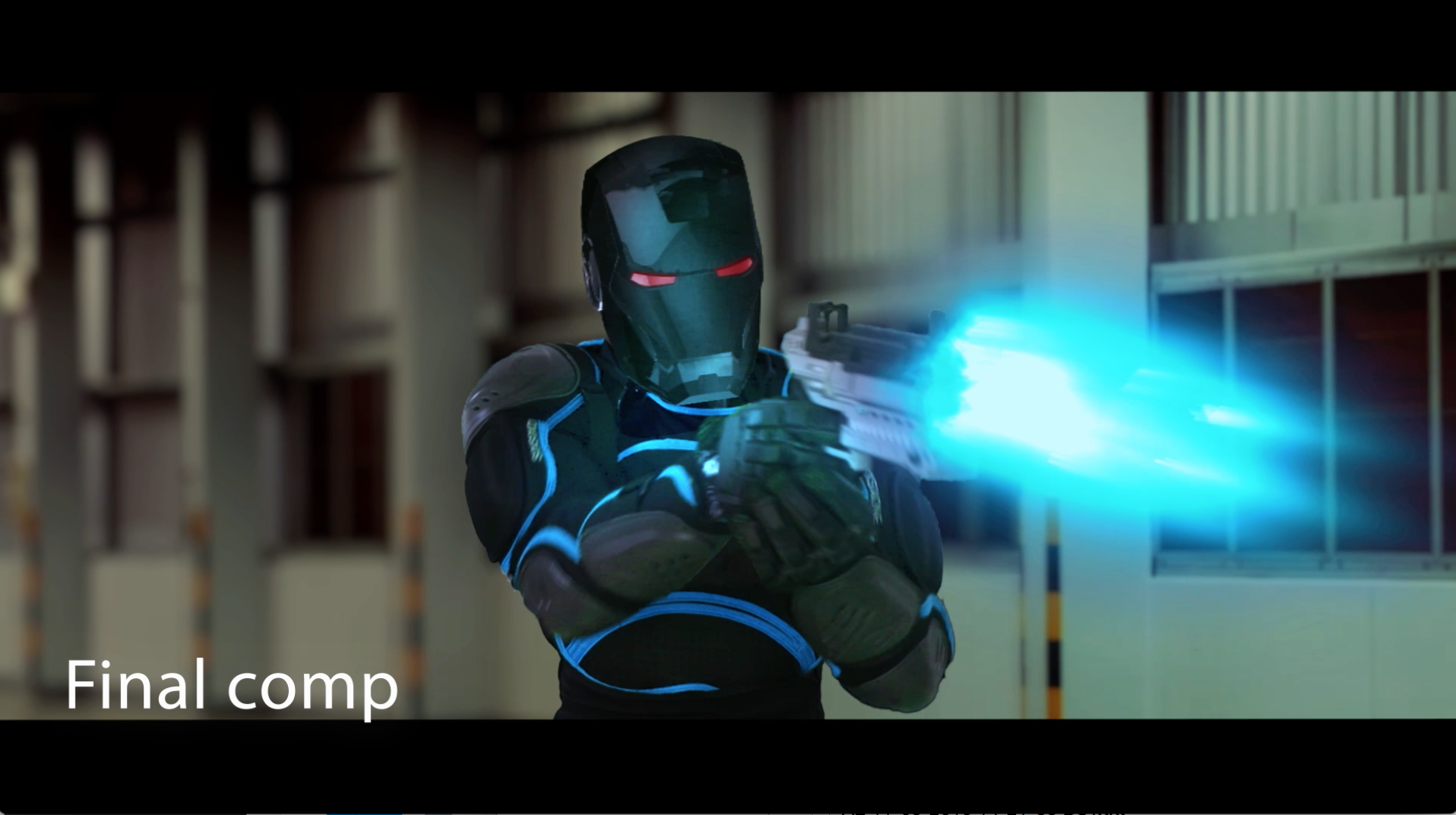